E3 is over for another year and we’re already counting down the days to 2018’s installment of ‘Video Game Xmas’. Until then, let’s talk about a certain game you might have heard a lot about lately… Destiny 2.

A ton of new info was announced in LA this past week in terms of what to expect when we finally get to play the full game in September. So, here’s a breakdown of all the info to come out of E3. Speaking of September, let’s start with… 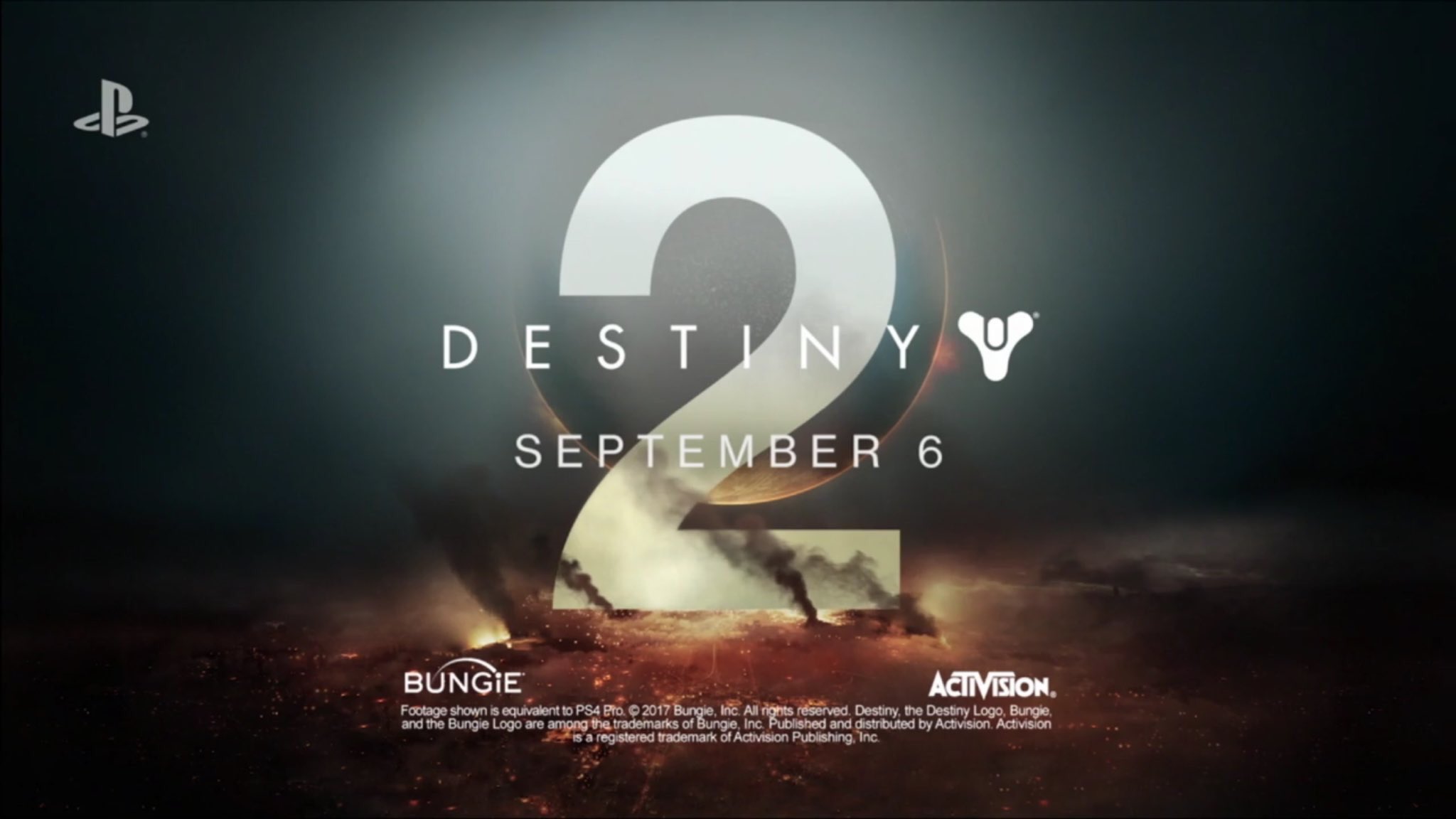 Destiny 2 will now be arriving Sept. 6 on PlayStation 4 and Xbox One - two days before the previously announced Sept. 8 release date and ahead of its PC debut on October 24th. This was revealed after the [newest trailer](https://www.youtube.com/watch?v=D8E7jUjOQi0) was shown at Sony’s E3 2017 press conference, with the world getting the first glimpse of Dominus Ghaul - the leader of the Red Legion and the initial primary antagonist of the sequel. 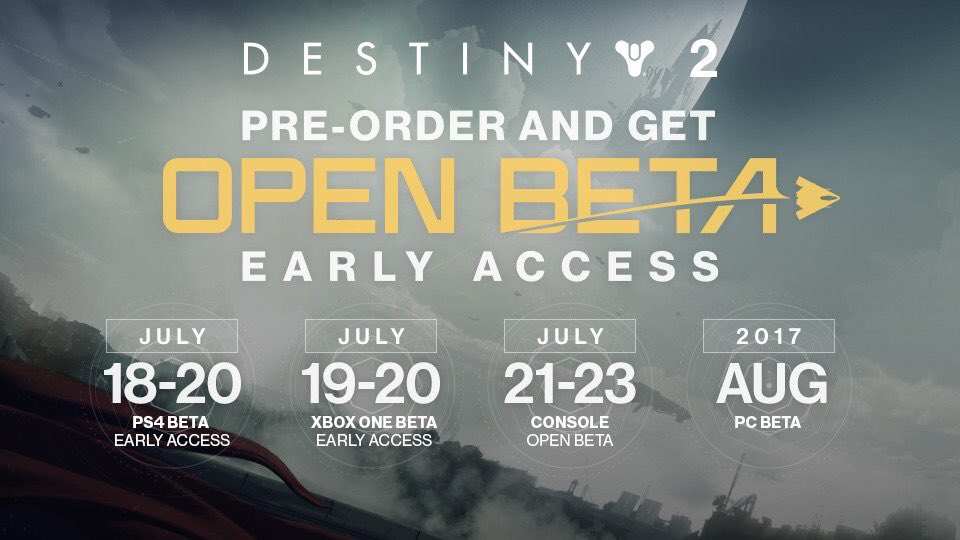 First expected at the ‘Worldwide gameplay Reveal’ but not revealed, Bungie finally announced to the Destiny universe via [Twitter](https://twitter.com/Bungie/status/874463204247691264) when we can finally get our first chance to play the next installment in the franchise. In terms of dates and times - July 18th/19th (10am PST) for the PS4/Xbox One respectively, before an open beta period starting July 21st (10am PST) on both systems, with everything ending July 23rd (9pm PST). PC gamers will get to test out an early version of the game at some point in "late August."

In terms of what the beta will include, we know right now that the first story mission ‘Homecoming’, the ‘Inverted Spire’ strike, PVP (what exactly?) and all the new subclasses (Sentinel, Dawnblade & Arcstrider) will be available to play, alongside existing classes ‘Striker’, ‘Voidwalker’ & ‘Gunslinger’. As for ‘Defender’, ‘Sunsinger’ and ‘Bladedancer’... they won’t be coming with us to D2. So long our fallen classes. Gone but not never forgotten.

Bladedancer is no more for Hunters but fear not, you have an Arc subclass to be proud of and get excited about once again. Arcstrider was [revealed](https://www.youtube.com/watch?v=NhU946bX2A4) in-depth at E3 on the showfloor for the public to play and it certainly did not fail to deliver. With the new ‘Arc Staff’ super, looking more stronger (armour wise) in combat and visually awe-inspiring, you’ll love slapping everyone silly, or becoming a blur on the battlefield. Part ninja, part Jedi, all amazing. Welcome back Arc Hunter, we’ve missed you. 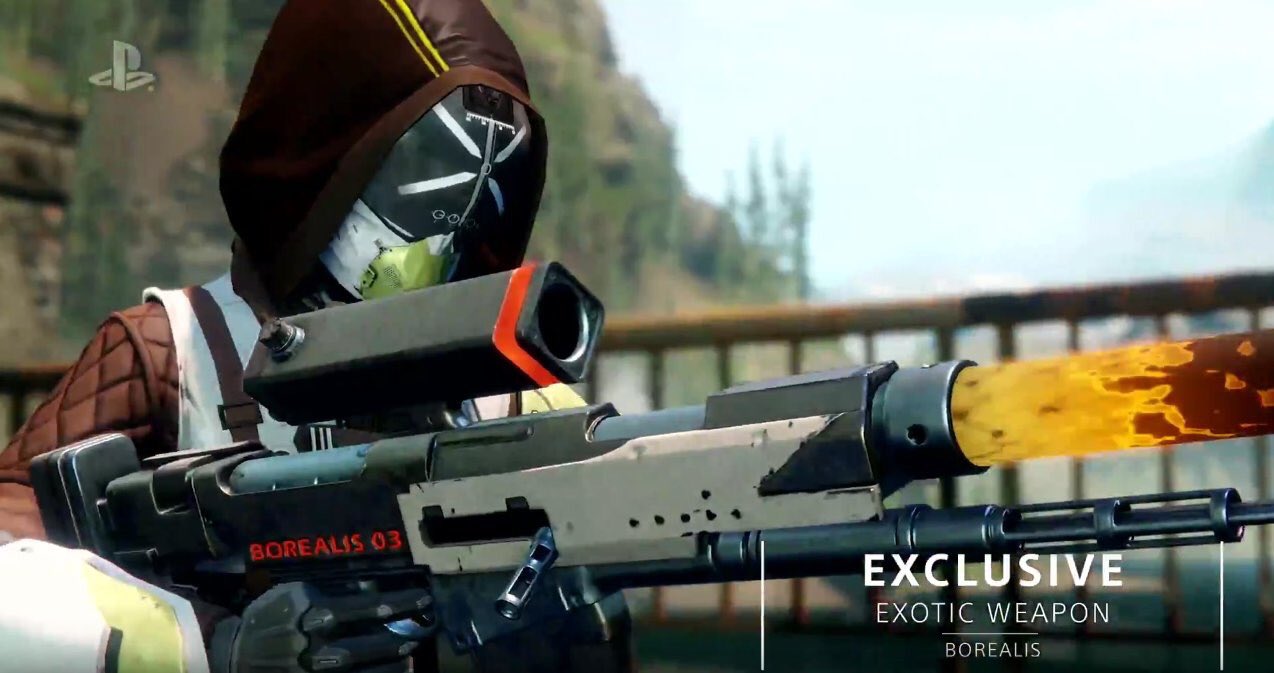 If PlayStation 4 is your platform of choice for Destiny 2, there will again be [timed exclusive content](https://www.youtube.com/watch?v=rXZYMVqwvDQ) (until Fall 2018, at least). The exclusive content announced so far is the following:

[ul][li]- Lake of Shadows - an exclusive strike
- Armour Sets -‘Terra Concord’*** (Titan), ***‘Tesseract Trace IV’*** (Warlock) & ***‘Icarus Drifter’*** (Hunter)
- City Apex - an exclusive ship
- ***‘Weapon Borealis’*** - an exclusive exotic sniper rifle, with triple elemental burn damage
- Retribution - an exclusive PVP map
[/li][/ul]
**No ranked PVP at launch, not ruled out in the future**
Something that was a surprise (bad perhaps?) to come out of E3 Destiny wise was Bungie confirming that there will be no ranked PVP multiplayer at the game’s launch. Much to the chagrin of the PVP community, the much wanted fan-requested would simply not be able to make the cut for Sept 6th. Game Director Luke Smith that Bungie isn’t doing ranked play, but then said that the studio is currently working on “something” that may or may not “make September”. Whatever that is, we’ll find out soon enough. Right now, never say never...

Something brand new for the PVE fans 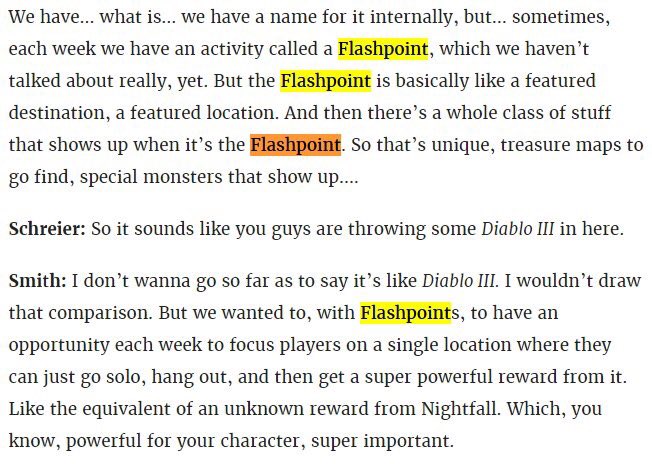 To balance off the disappointment of no ranked PVP multiplayer at launch, Luke Smith did confirm something brand new coming to PVE - ‘Flashpoints’. What are Flashpoints? They are a weekly PVE activity with ‘Nightfall’ tier loot. Speaking in a podcast interview, Luke Smith said Flashpoints are designed to drive Destiny 2 players to a particular Destination each week – that means either Earth, Io, Nessus or Titan. There, they will discover activities like treasure maps and special enemies. The nature of the event should mean you find plenty of other players having a crack at the baddies.

The rewards players will earn from Flashpoints are high level, equivalent to a Nightfall reward from the original Destiny. Smith said specifically that even solo Destiny 2 players can participate, so you won’t need to matchmake to get your hands on it.

Also mentioned during the interview was an activity called “Silent”, which is making a return to Destiny 2. 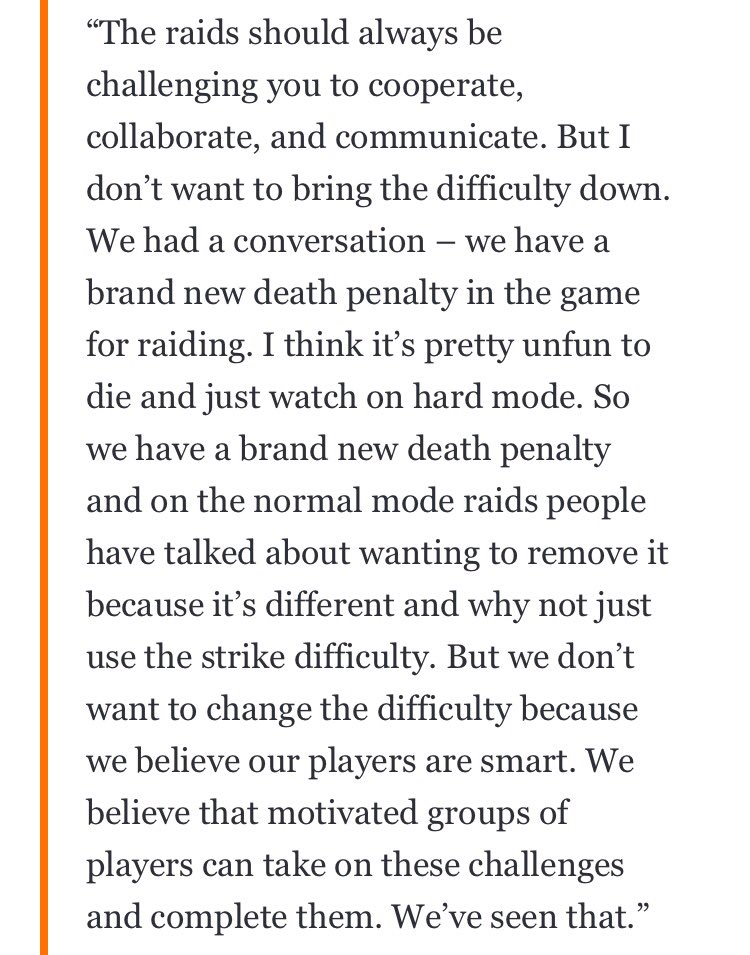 Destiny 2’s raids may not be getting any easier, but a feature is being tweaked for the sequel. Bungie revealed that the raid in Destiny 2 will have a new death penalty. Luke Smith mentioned in an interview that the new raid will have a different death penalty than in Destiny 1. Whilst what exactly that penalty would be was not revealed, he did suggest that the days of no revives are gone, potentially for both Heroic and Normal difficulty. This means goodbye to a fireteam member being downed and forced to watch the rest of the fireteam complete an encounter or boss fight. Speaking of goodbyes... 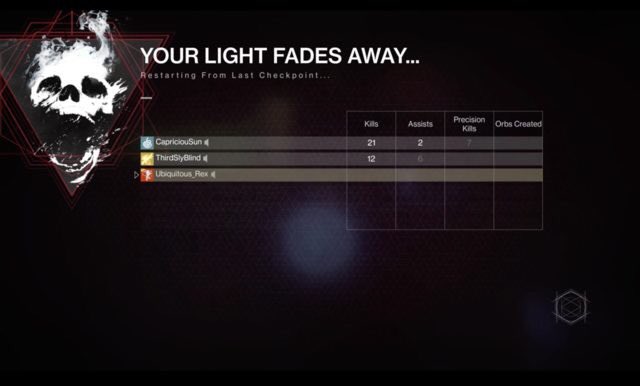 The Darkness is gone. That’s right, The Darkness will not be appearing in D2. Destiny 2’s story will be about light and hope.

While The Darkness was a mysterious term that was referenced quite often in the original Destiny, not one really knew what it actually was. And that could be the main reason as to why the majority of D1’s story was lacking, bereft and left with so many unanswered questions that the passionate fanbase desired to be answered. Smith did confirm however that The Darkness would eventually return but only when Bungie fully knew what it actually is and how it will be used.

That is not all that was announced this past week. Here are a few other tidbits/newsworthy comments to come out of E3…

- Destiny 2 has more cutscenes and more missions than Destiny 1. Fantastic to hear that.
- Clan sizes still capped to 100 but we are now able to invite players to clan in-game.
- Ships still only a loading screen. Space battles remain a dream for now unfortunately.
- The new vault will be accessible on ‘The farm’, the new social space to come in D2.
- Taken return, along with SIVA and Vex. Still awaiting confirmation of Fallen and Hive to return.
- ‘Visual indications’ will be in place to acknowledge veterans players from Destiny to show the distinction they deserve.
- Everyone will experience the story in the same way, with no differences depending on what class you are playing.
- Collecting engrams in the world is now the main source for getting weapons in D2. Interesting…
- Guardians being transferred across platforms is a “Very long-term vision” for bungie, but will NOT be happening at launch.

So there you have it, Destiny 2’s E3 experience in a nutshell.

Up next for Bungie and the Destiny universe? The Betas! Fingers crossed the servers can survive and we enjoy the small (but large) taster we will get to keep us sweet until September.

We’re nearly there guardians. Gary, i mean Ghaul… is not far away from experiencing our backlash.
#SiteNews