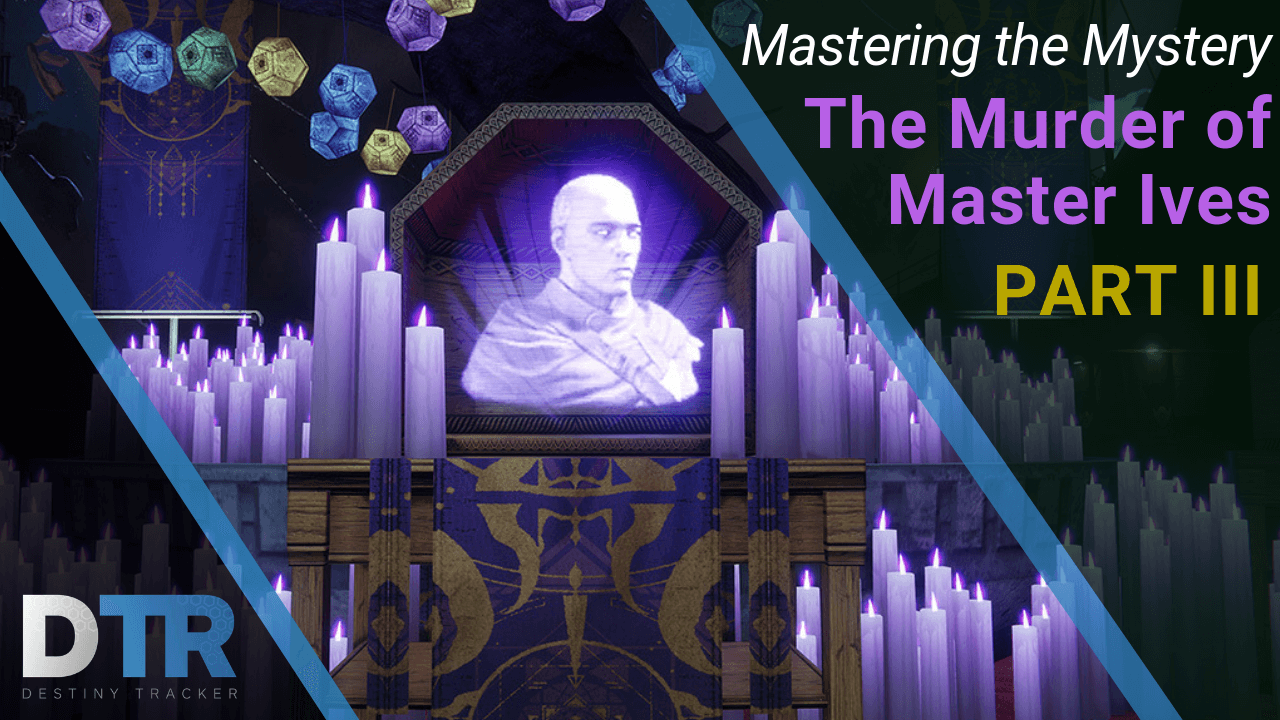 What the holy horcrux handball is going on here guardians? For three weeks we waited in disillusion for the RESOLUTION to the Master Ivies Murder Mystery. And I’ve read my share of mysteries. I’ve watched mystery movies, I even played Sherlock Holmes video games. And THIS Destiny 2 “Mystery” is hardly that at all. AT ALL! Allow me to elaborate.

This week when we go speak to our beloved sparrow converting cover girl Amanda - say it like it’s singing on the wind “Uhhh Maaan Daaaaa”. She tells us how mad she is that they didn’t treat Ivie’s cloak very nice. His cloak? Seriously, HIS CLOAK? What about Ivie? He’s Dead! REMEMBER!? At least his cloak still exists - in a manner of speaking.

Anyway, Amanda gives us these cryptic coordinates that are somewhere in the EDZ. They eventually lead us into a lost sector we have done a thousand times before. Are we hot on the trail of a known killer? Are we closing in on the piece of s%^t who killed a guy we all barely knew and liked even less? NOPE. We are chasing a transmatter converter. Yep, that’s right. We are hunting down a piece of equipment with EXTREME PREJUDICE!

When we find it what do we do? We jump in with both feet naturally, and low and behold we are transmatted back to the start of Destiny 1. 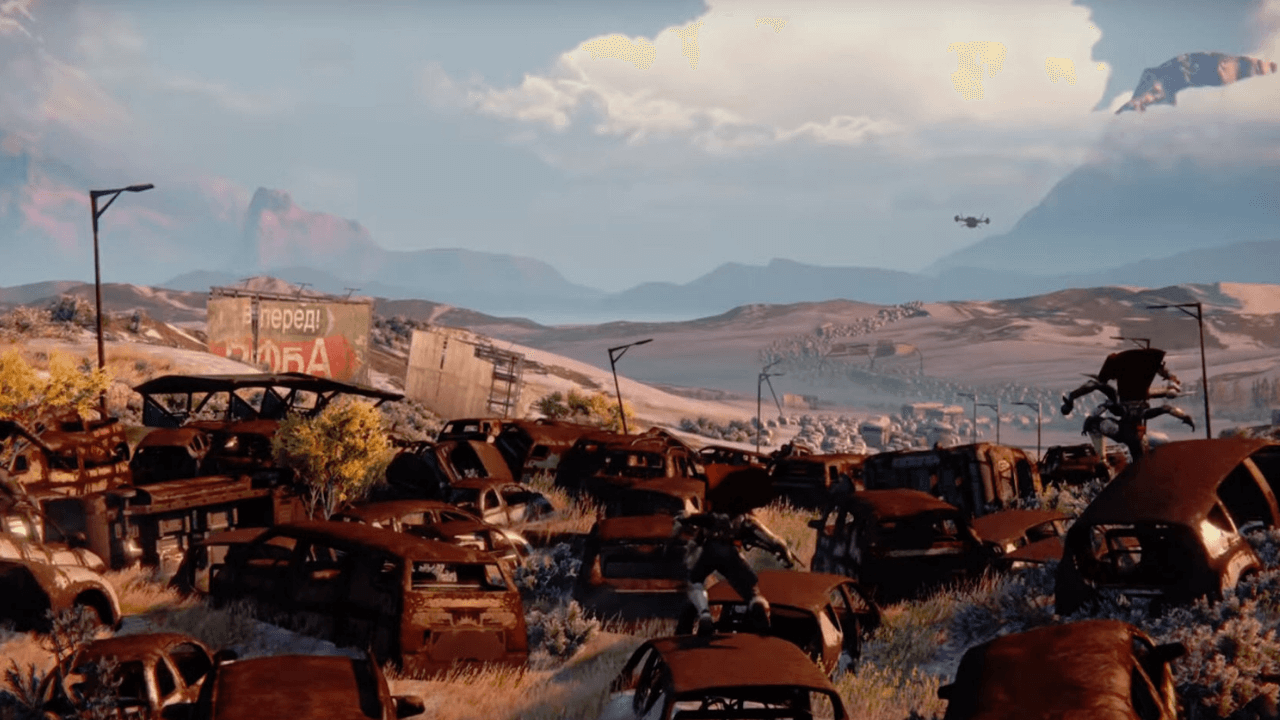 That’s right kids. After 4 years it appears we came all this way to make it back to where it all began, when we were dead, in a traffic jam and our ghost found us and enslaved us into a zombie warrior for the Traveler. WHY are we here? Well, apparently whoever the culprit we are chasing is,(ahem) is here somewhere. So we amble around out in the snow of the Russian Cosmodrome. Then we find ‘super shank’ hiding over by the hole in the wall. After we kick his a$$ the barrier preventing us from continuing dissipates. And we off on the EXACT SAME mission we did all those many years ago when we were just a baby guardian without a gun or a jump ship to fly in. Can anyone say “Bungie recycles… old missions?” Come on, say it with me...

Next we climb through the darkness, shoot a pack of fallen in the teeth and eventually wind up in that room, with the big drain culvert pipe thing at the end. And guess what, a big ass fallen commander pops out. No one saw that one coming (can you feel the sarcasm?). So what do we do? Do we sit him down and ask him (in our best Eliksni) if he knows where Master Ives is and why he hates his cloak so much? No! We do what guardians do. We take out the trash!

Step 1: Rocket Launcher to the face. If you have a 2 Tail Fox I highly recommend it as the void rocket suppresses the boss (so he cannot teleport around the room) while the solar rocket burns him over time.

Step 2: While our “Fallen Murder Suspect” is trying to figure out where that strange burning sensation is coming from it’s SUPER TIME! Bring down the hammer and stagger, confuse and handicap the big idiot until he cries for mommy fallen. Oops, watch out, here she comes! A Super Servetor joins the fight. But who cares?

Step 3: Your friend (another Titan of course) cuts loose with their super hammer while you are reloading “the fox” to punish the fallen even further.

All this to say, when we finally find the guy who killed Master ‘Ivie’ (we think), 10 seconds later he’s dead. Is that Justice? So now it’s all over. FINALLY. Does the mission end? Heavens no! Now we fight our way back past all the fallen we just killed and kill them again… in the head.

Back out into the snow covered landscape we stumble across 3 little ‘moments of lore’ (unofficial) telling us about detecting fallen in a pipe, how the road goes nowhere and your birthplace in that rusted out car. Lucky for you, because of the collapse, you got out of 52 months of car payments and insurance premiums! #[email protected]

After your done reliving your origin (in case you forgot) you head back to Amanda Hugnkiss to have the mystery explained and all the loose ends tied up in a bow, right?

Then we finally arrive at the tower and A.H. has NOTHING!! Nothing but more questions. Ivie is dead and all everyone cares about is the electric machine gun we all get for being tortured with THE WORST mystery I have ever been a part of. And that’s saying something because I have role played Warf in a Star Trek The Next Generation dinner party murder mystery extravaganza. So... ya, I know mystery!

At this point it took everything I had not to simply open fire indiscriminately around the tower with my new “Thor’s Twin” machine gun. I was so pissed and disappointed. How does Bungie walk past the opportunity to add a really dynamic event within an event? I don’t know… just like I don’t know what happened to Ivie or why.

Until next lunar ‘eclipse’ guardians... I’ll be confused.