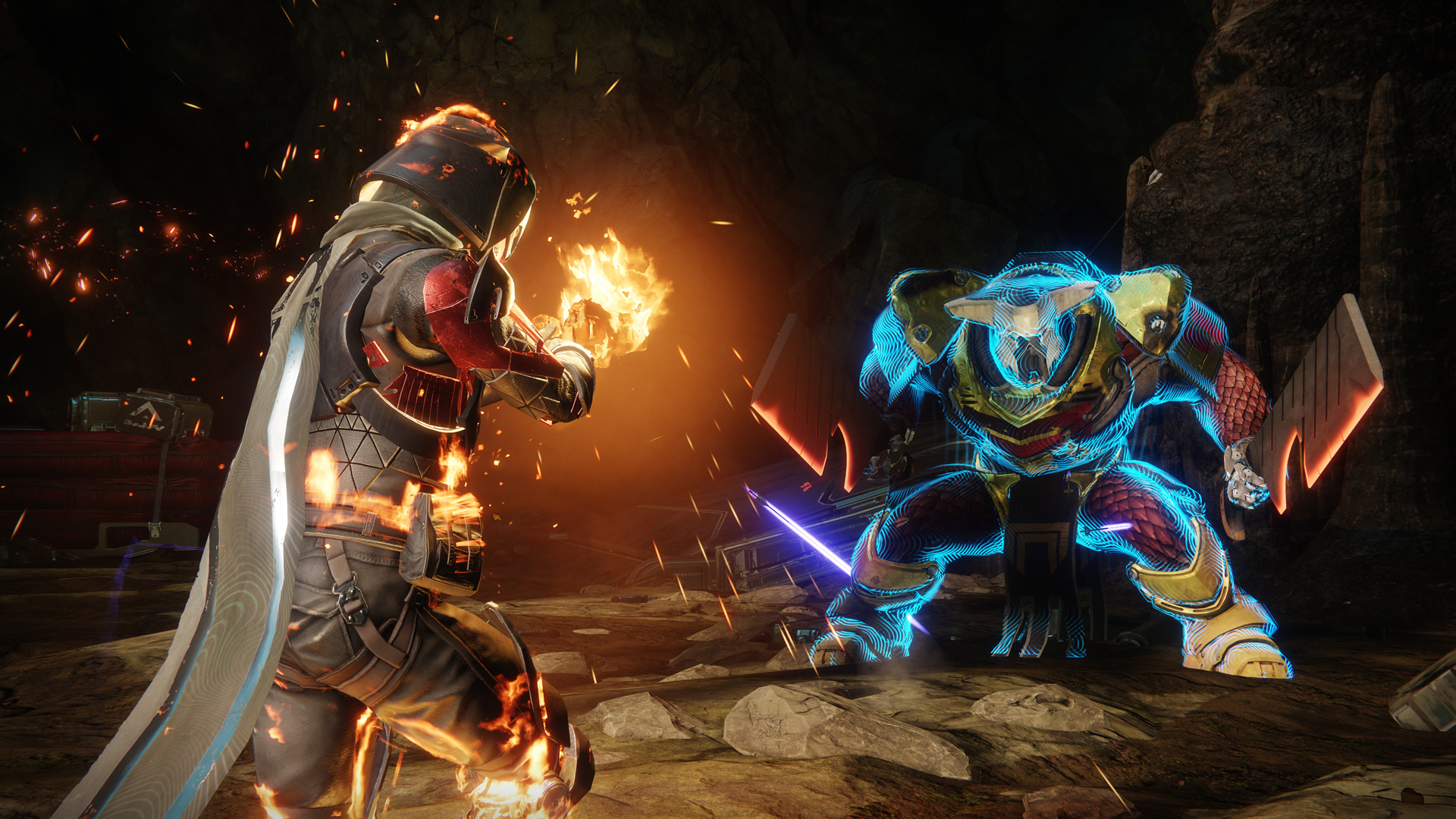 As more and more titles move towards cross-platform accessibility, and the walls between the warring console creators finally come down, it's clear that just one big block still stands in the way of parity.

Bungie has long held the belief that, at the very least, the transfer of characters between consoles should be viable within the world of Destiny and all its sequels. The ability to swap between the Xbox One, and the PlayStation 4, or even just onto a personal computer, would be huge for any Guardians looking to make a change in their future.

As it turns out, it's just PS4 developers Sony that has locked down that possibility for Guardians and put a halt to the new ideas. Not exactly a win in the Sony bracket, especially considering a lot of Destiny players are already pretty miffed at Sony for the five-year exclusivity deal they pencilled up with Bungie at the beginning of Destiny's lifespan.

Destiny's Jason Schreier, basically the be-all and end-all of Bungie command when it comes to fan interaction, actually confirmed Sony was the reason cross-platform transfers had been blocked between the three major gaming set-ups.

It's not the first time we've seen Sony be a bit of an ass-hat when it comes to cross-platform usability. Fortnite players were crying out for the ability to play their friends - and enemies - across multiple platforms, from PC to mobile, from Xbox to PS4.

When they discovered Sony was the one thing holding back the much-lauded update, they barraged the Japanese corporation until they relented. Now Fortnite can be played across any platform without a problem. The same goes for Psyonix-helmed car soccer game Rocket League, although if rumours are to be believed Sony was more willing to allow the vehicular title the chance to connect with numerous platforms.

Unfortunately, the Sony-block means that Xbox to PC progression swaps, and cross-saves, will likely be stopped for the near future too. While Microsoft obviously owns all the rights between those two devices, Bungie won't want to step on Sony's toes or go above their heads when it comes to content and sharing. That five-year deal is still in place and certainly locks Bungie into certain moves in the near future.

That said, when the five-year contract comes to an end, we may see a whole new world of Destiny. Who knows what kind of changes they could make when the two consoles finally are equal in content, access, and literal release dates.

Honestly, it's still quite murky whether Bungie will continue their relationship with Sony post-Activision, but one thing is for sure - if the PlayStation side of Destiny continues to get special treatment, Xbox and PC players may just drop the game for good. And that isn't good news for anyone.

Do you like the Sony exclusivity? Do you wish they'd relent and let everyone have cross-platform access?