Destiny's Patch 2.2.2 dropped today, and with it came a special surprise for Guardians who had played through the first title in the franchise - the Rise of Iron era Outbreak Prime.

The popular pulse rifle, now known as Outbreak Perfected, was added to the game secretly as part of the May patch. Guardians quickly realised there was a reward at the end of a quest revolving around tracking down a Fallen Transponder, however, and marched their way through the exciting new content to discover the truth.

First, you have to fly to Titan, and accept the heroic adventure "Bad Neighbours". At the end of that mission, you'll come across a small room with a Shrieker. Kill that enemy, and scan the crystals near where you battled it to open a door. Inside: the Fallen Transponder. 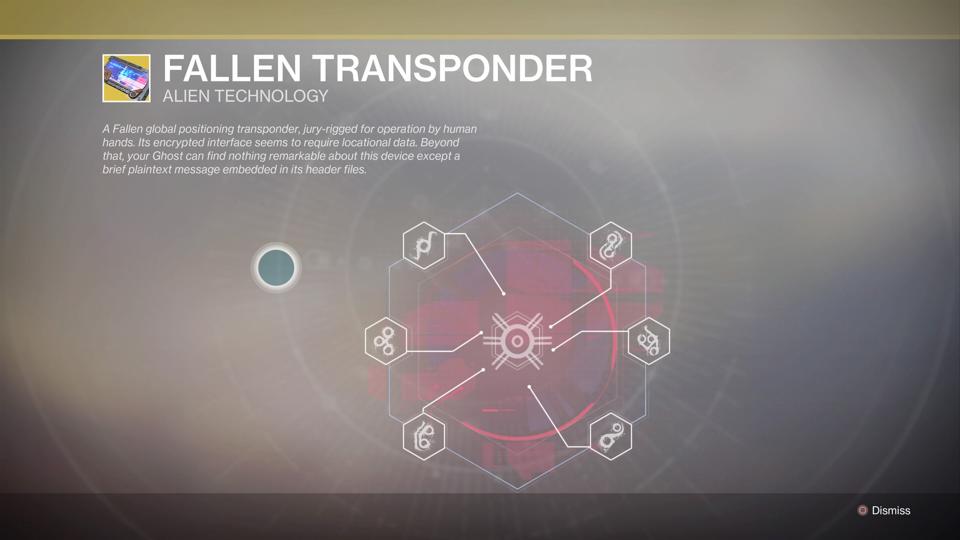 Once you've collected this Fallen artefact, get ready for a star-hopping slog to active its six transponders. Here's where each of the quest nodes can be found:

Once you've collected the nodes, you enter into one final mission located on Earth. The battle takes place against Power Level 690 Fallen enemies, in a mission titled "The Old Tower". Luckily, you have former Captain of the House of Dusk Mithrax the Forsaken as an ally for the length of the mission, and you're definitely going to need it to earn the Outbreak Perfected.

Once that sweet fusion rifle finally drops, you'll find it comes with a Catalyst slot. We haven't quite figured out how to earn the slot yet, so keep your eyes peeled in coming days. Alongside the slot, however, Outbreak Prime also comes with it's famous The Corruption Spreads perk.

This deadly perk spawns SIVA nanites, that spread to nearby enemies after the damage has been hit through rapid hits or precision kills. The gun also comes with a new perk titled "Parasitism". This new bonus gives the Perfected version of the fusion rifle bonus damage to those enemies that have already been infected by SIVA nanites.

Finally, if you want to throw some ornaments on your shining new gun, the Eververse is offering two ornaments for the Outbreak Perfected, just like when Thunderlord and Whisper of the Worm were both reintroduced into the franchise.