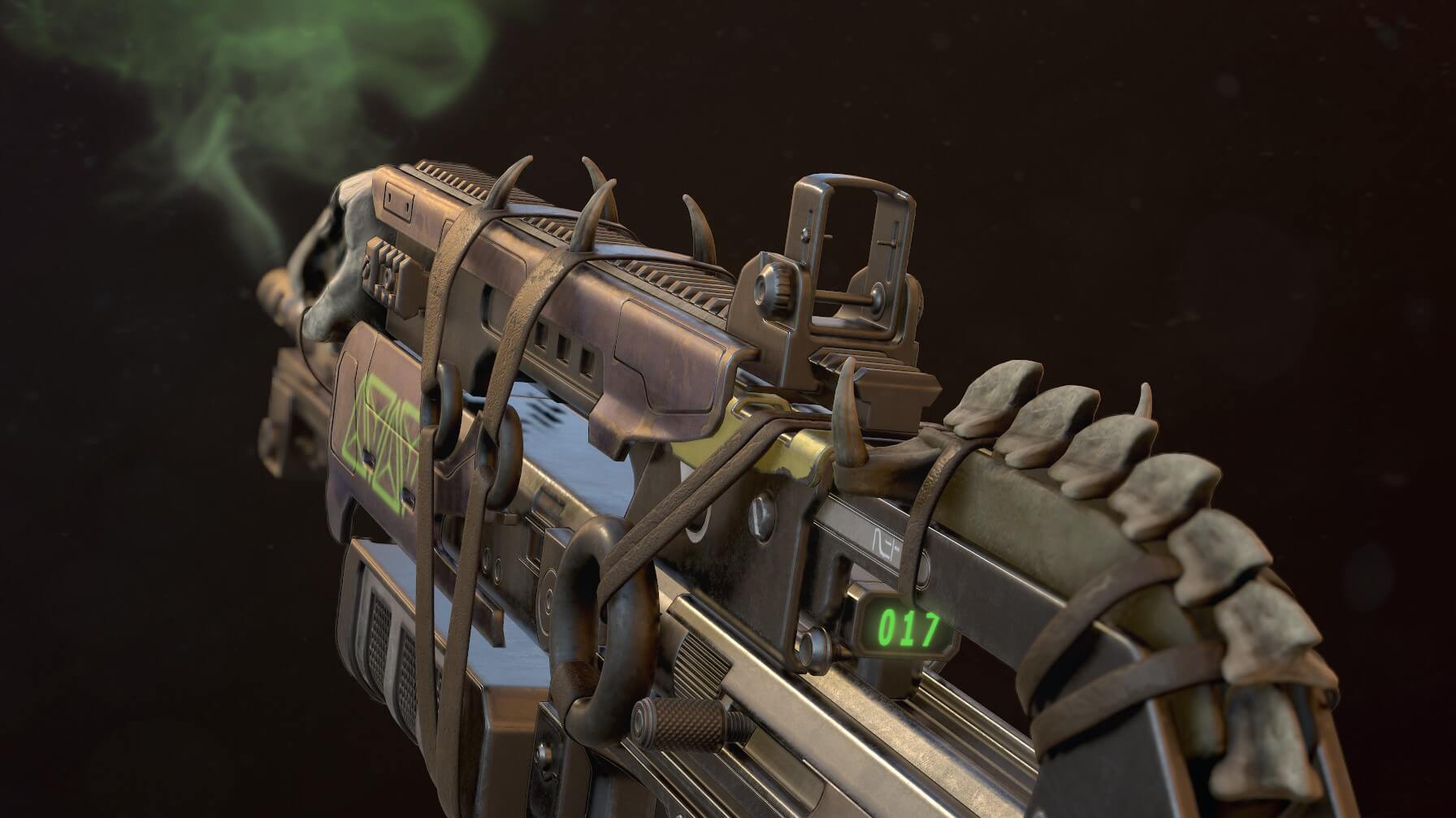 That's right, the Bad Juju is back. Bungie sneakily dropped the exotic pulse rifle into Destiny 2 during the Hall of Triumphs patch, sending Guardians into a race to find out how they could get their hands on the popular returning weapon.

There's a few reasons the Bad Juju is such a highly sort-after prize. Firstly, nostalgia. The weapon was a beast in Destiny 1, with many people facing the endgame with the exotic pulse rifle and using it right until the release of the game's sequel.

Secondly, it's just a brutally powerful gun. This is mainly because of the major damage that it spits out with the 'String of Curses' perk. It's kind of like Rampage - widely regarded as one of the best perks you can get in the game - except that it runs even hotter, and generates extra super energy based on how many stacks of the perk you have.

Guardians were first tipped off to the Bad Juju's presence in the game when Tess started selling the weapon's ornament skin - Aurelian Decree - in the Eververse after the release of Update 2.5.1.1. Players quickly realised there was a Hall of Triumphs tie-in, and once they'd grinded out most of the Triumphs they were greeted with the return of an old friend - the Bad Juju.

Collecting the Bad Juju isn't that bad either. You don't have to complete the whole Hall. Instead, you just have to finish 18 tributes in the new area, and many would have already been finished during the Season of Opulence and come pre-unlocked. There's also the fact that Calus is selling something like 30 tributes just by himself as well, so if you have a massive pile of glimmer, shards, and dust just sitting around waiting to be used this is the perfect time to get spendin'.

After that, the mission is rather simple as well. It's not a dungeon-dive like the Zero Hour quest, or the Whisper mission, but it's not too bad. You again head to the Ascendant Plane, this time on the Leviathan, and battle your way through Taken to feed the evil Juju skull.

Are you going to grind your way through the Hall of Triumph to grab the Bad Juju?