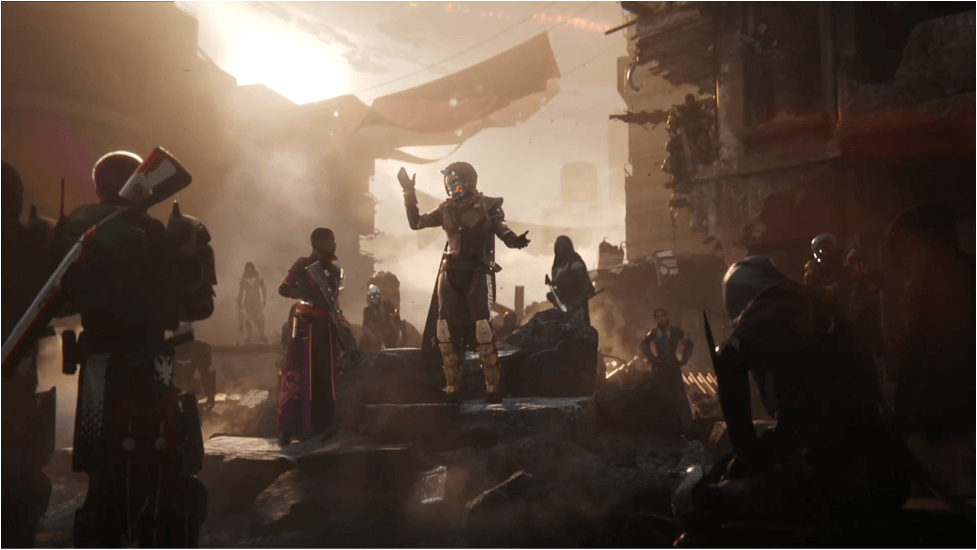 With Destiny 2's scene ever-changing, it's easy to get caught up in asking for things you want in the game that you think Bungie should implement. I've done it, I'm sure you've done it, even if it's just on a personal social media account or to a friend.

Since the split from Activision earlier this year, however, there's been widespread agreement that Bungie has taken steps down the right path to get back to the game's roots, and develop features for the players that "actually work, and help."

One particularly kind Guardian, Mingletrooper, decided that telling his friends Bungie had turned things around wasn't enough. He took to social media to praise the gaming giant, particularly regarding their turnaround since a difficult vanilla Destiny 2 release.

"I just wanted to say that what you’ve done with this franchise, especially since vanilla, has been amazing. There are ups and downs and not everything is 100 percent perfect all the time, but you have really built a community of guardians who love the world you have created," they said.

That's not all they had to say, however. With the Solstice of Heroes in full swing, the kind Guardian is clearly enjoying themselves with that too: "Solstice has been a blast so far."

"Now that you’ve separated from Activision, I’ve had no problem purchasing silver in the Eververse. Can’t wait for Shadowkeep," added Mingletrooper at the end of their post.

The post brought on a wave of positive feedback for Bungie and Destiny, including praise for the new European Aerial Zone released during the Solstice and the longevity of the FPS RPG title that is constantly being updated.

"EAZ map design is phenomenal. It's like a brand new patrol zone with so much verticality. I keep finding new approaches creating a custom route. I really love Destiny mobility. The blend of movement and gunplay make for some action-packed moments," said one Guardian.

Another praised the Destiny 1 change to Destiny 2: "I've been on since D1 alpha and for some reason, I keep playing whenever I can. I realize I missed a lot of stuff from D1 and will probably miss out on a bunch for D2 but I feel they have done a great job for people like me where I play about 2 hours a week. Not everything is perfect and it never will be."

What do you think - has Bungie been on the upswing since splitting from Activision?