Trials of Osiris is a 3v3 competitive game mode that combines the intense gameplay of the Elimination game mode with the high stakes of possibly going “Flawless”.

Achieving the Flawless status is done through winning 7 games in a row against other teams without a single loss. The Fireteam is then given access to a special Social Space known as The Lighthouse. Here the Fireteam is granted extra loot and an emblem that proves their worth. To start the event, all players in the Fireteam must be at least 960 Light.

All players must have also purchased one of the following Trials of Osiris Passages from Saint-14 to be granted access to the event:

Anomaly is a returning map from the original Destiny. A large portion of the map is an open, circular room located in the center that features a rotating structure. This room contains an upper and lower level that can either be dropped down or jumped up to with ease.

The rest of the map features simple tunnels, caves and open areas that surround this circular room. This map is very close quarters so expect weapons like Shotguns and Auto Rifles to reign supreme, especially Hard Light with its ability to bounce rounds around corners.

There are a few areas with some longer sightlines, mainly in a few of the outside areas and from one side of the main room to the other, so having one Guardian in your Fireteam with a Sniper wouldn't be a bad choice. 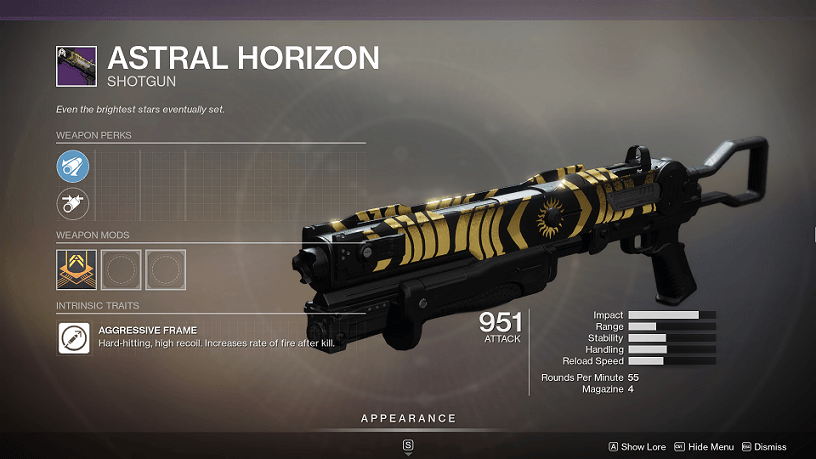 Astral Horizon is an Aggressive Frame Shotgun that sits in the Kinetic slot. As it has a slow fire rate but high damage it is not very well suited to PvE activities due to its fairly low sustained DPS.

It is, however, very well suited to PvP as this high damage allows it to achieve one-shot kills from a ridiculous distance, especially when you add in some of its Range enhancing perks. Astral Horizon could turn out to be one of the best PvP weapons in Destiny 2 as it combines the meta Aggressive archetype with the possibility to roll both Opening Shot and Quickdraw perks, something no other Aggressive Shotgun can do.

Be sure to farm this as best as you can this week as it won't come around again for a few weeks. 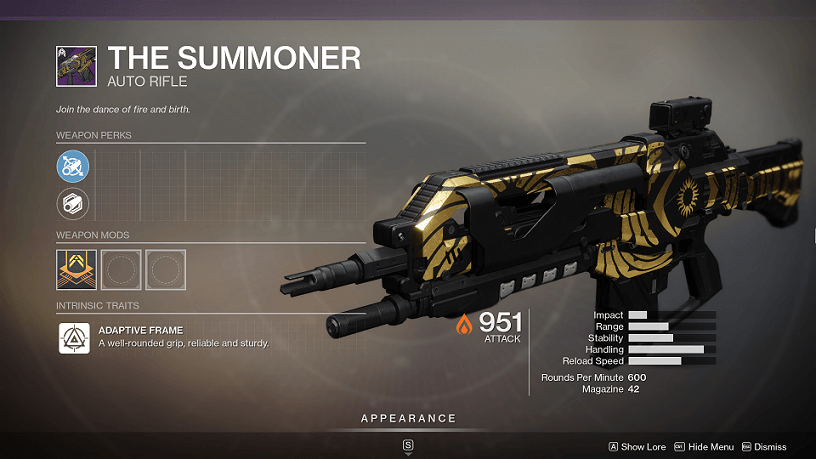 Adaptive Frame Auto Rifles saw a huge buff with the release Season of the Worthy, rocketing them to the top of the PvP meta overnight.

The Summoner is an Adaptive Frame Auto Rifle so not much needs to be said to get the point across that it’s a really solid weapon.

It has fairly decent base stats with a really good perk pool for PvP so be sure to farm this for a good roll while you have the opportunity.