A new Exotic Sidearm, titled ‘Devil’s Ruin’, has been released into Destiny 2 with the latest weekly reset.

Complete a round of the Sundial

There are no quest markers or hints on where to begin this quest within the game itself. Thankfully word has spread that in order to start this quest you must complete a run of the Sundial. Once completed you must walk over to the Sundial terminal where you would normally grab your rewards for the activity. At the top of this rewards screen will be a new section labeled ‘Quests’, this is where the first step of the Devil’s Ruin quest will be called “A Moment in Time”.

Talk to Saint-14 at the Tower

Return to the Tower and head to the Hangar to have a quick chat with Saint-14. Saint will talk to you about the weapons origin, the legendary Battle of Twilight Gap, and how you must return to this battlefield in order to return Devil’s Ruin to its former glory. Once this part is completed the quest will move on to the “Parts Long Lost” objective where the player must return to Twilight Gap.

In this part of the quest, the player will begin a non-combat mission on the Twilight Gap Crucible map. This can be started on the EDZ map in the lower-left corner. Once in Twilight Gap the player will need to interact with 10 of Shaxx’s broken Redjack Frames that are scattered around the map. Below are some screenshots were taken to make finding these Frames easier.

Little lore fact for you: The Redjacks are the Frames Shaxx uses across the Solar System to clear potential Crucible sites of enemies. These Frames also guard the arenas during matches. 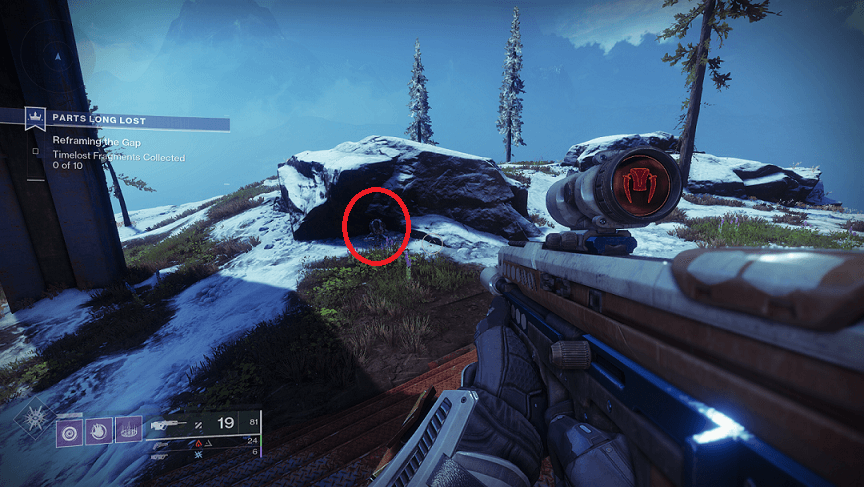 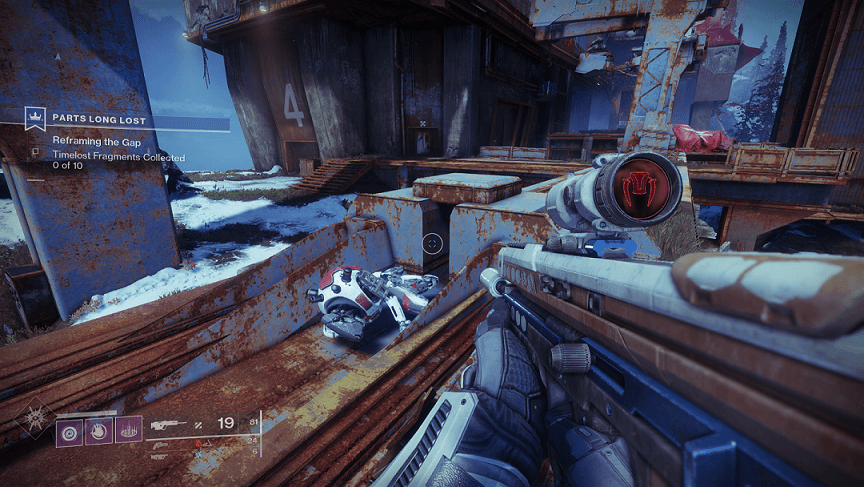 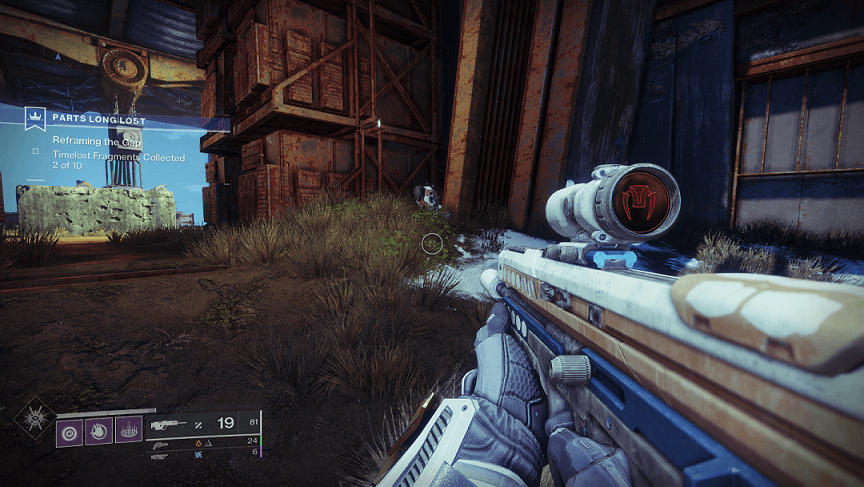 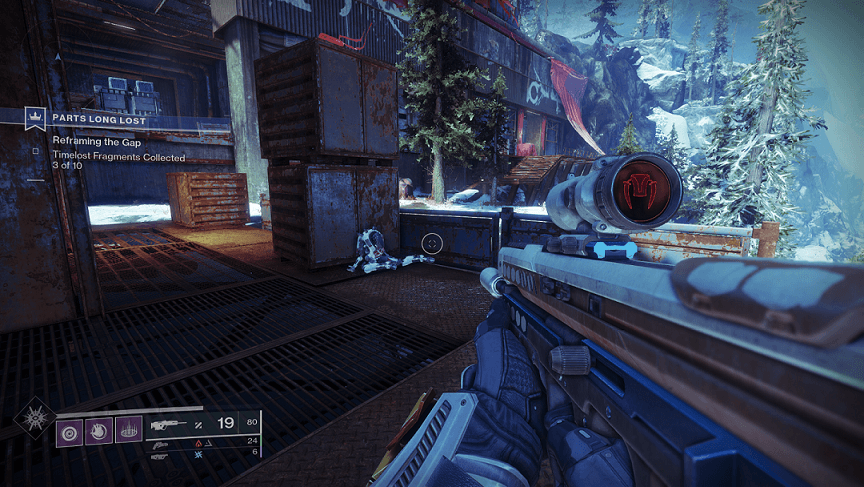 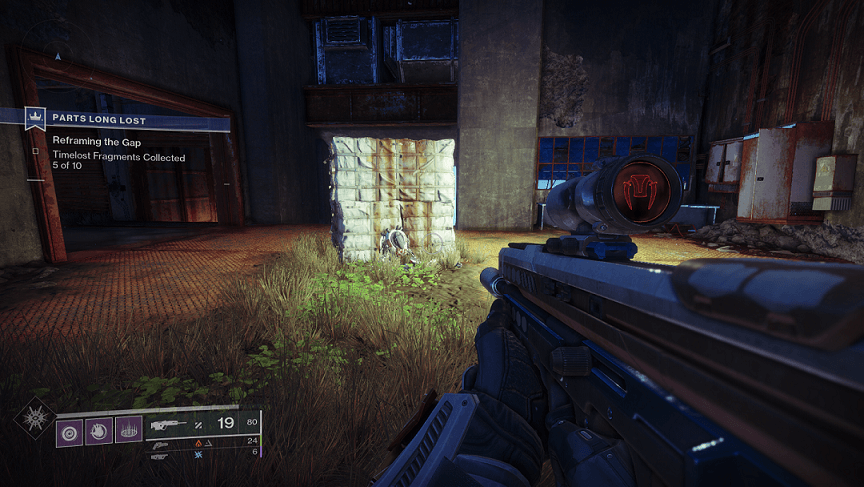 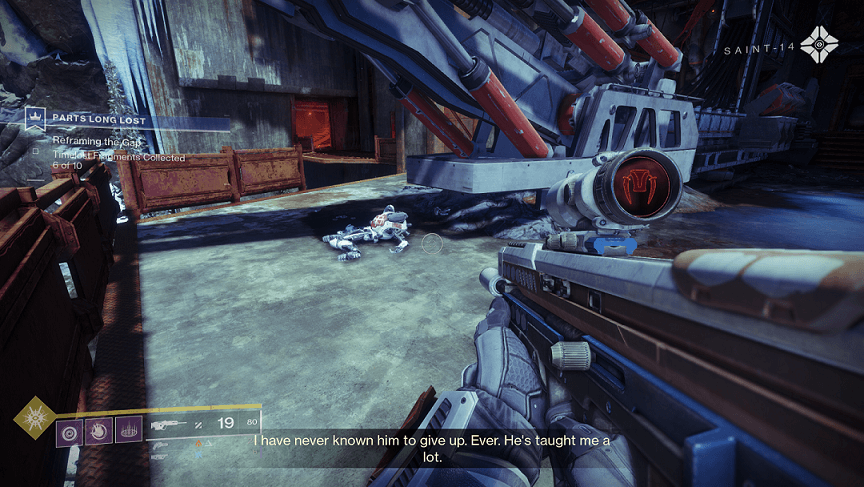 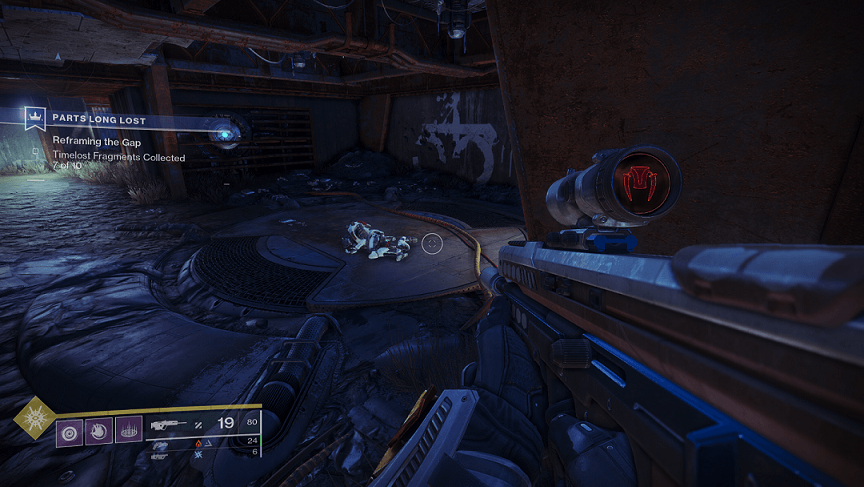 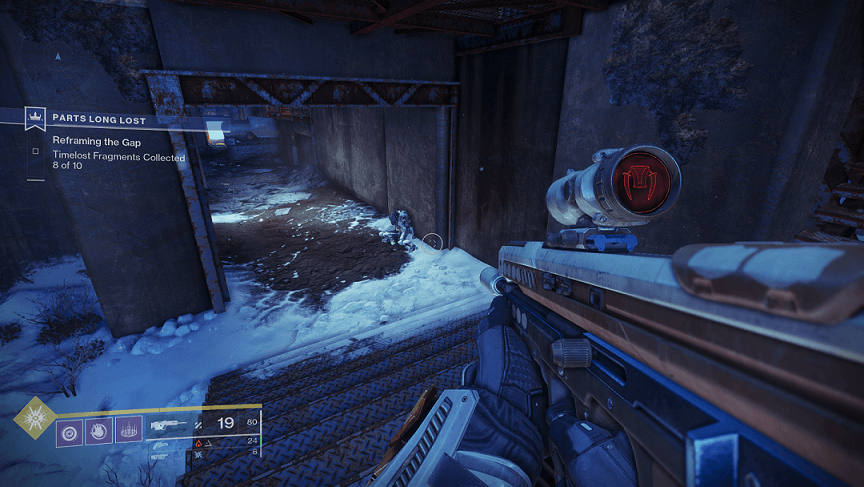 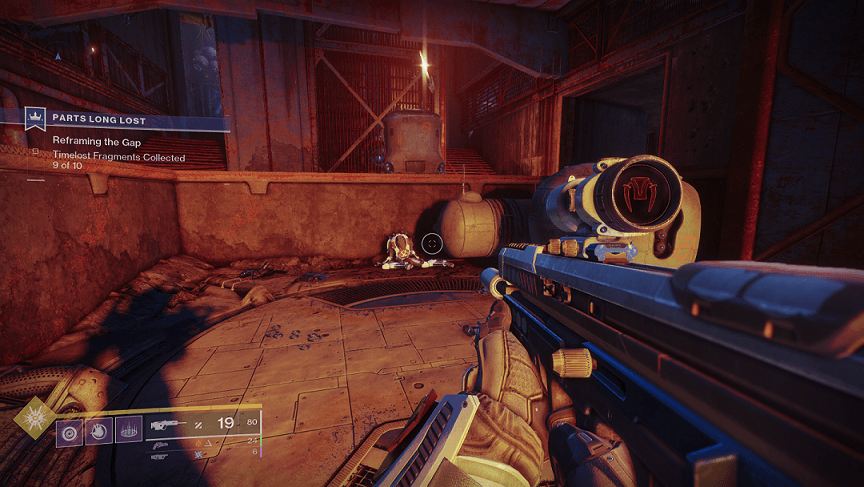 After the 10th Redjack has been interacted, with the player will be rewarded with the fully restored weapon. It is highly recommended to wait before returning to Orbit as the player will be treated to a humorous conversation between Shaxx and Saint-14.

The quest is quite possibly the shortest Exotic quest that has ever been in Destiny with it easily being beaten in less than 30 minutes.

This has divided the community with half criticizing Bungie for being extremely lazy with simply making the Exotic a hand out while the other half is arguing that the only alternative to it being a hand out is a lengthy quest involving ‘busy work’ such as Sidearms kills in strikes or kills against enemy Guardians in Crucible, which is no fun for anyone.

Both sides are correct in their own way, though it seems Bungie has yet to strike a balance between making the Exotics earned through quests seem rewarding while not being 5 hour long quests of nothing of substance.