Season of the Dawn is set to release this week, with plenty of new weapons, features, missions, and more coming in the content drop, and Bungie has revealed exactly what is coming in the December 10 release with a newly released roadmap for the new expansion.

Since the introduction of Seasons into Destiny 2, Bungie has adopted a slow drip-feed of content rather than the older release model of a large DLC every six months. It is due to this new release schedule that a roadmap is essential to show the community exactly what content is contained within the new Season and when they should expect it to be released. It was during the reveal stream on Wednesday that Bungie released the official Season of Dawn roadmap, here it is: 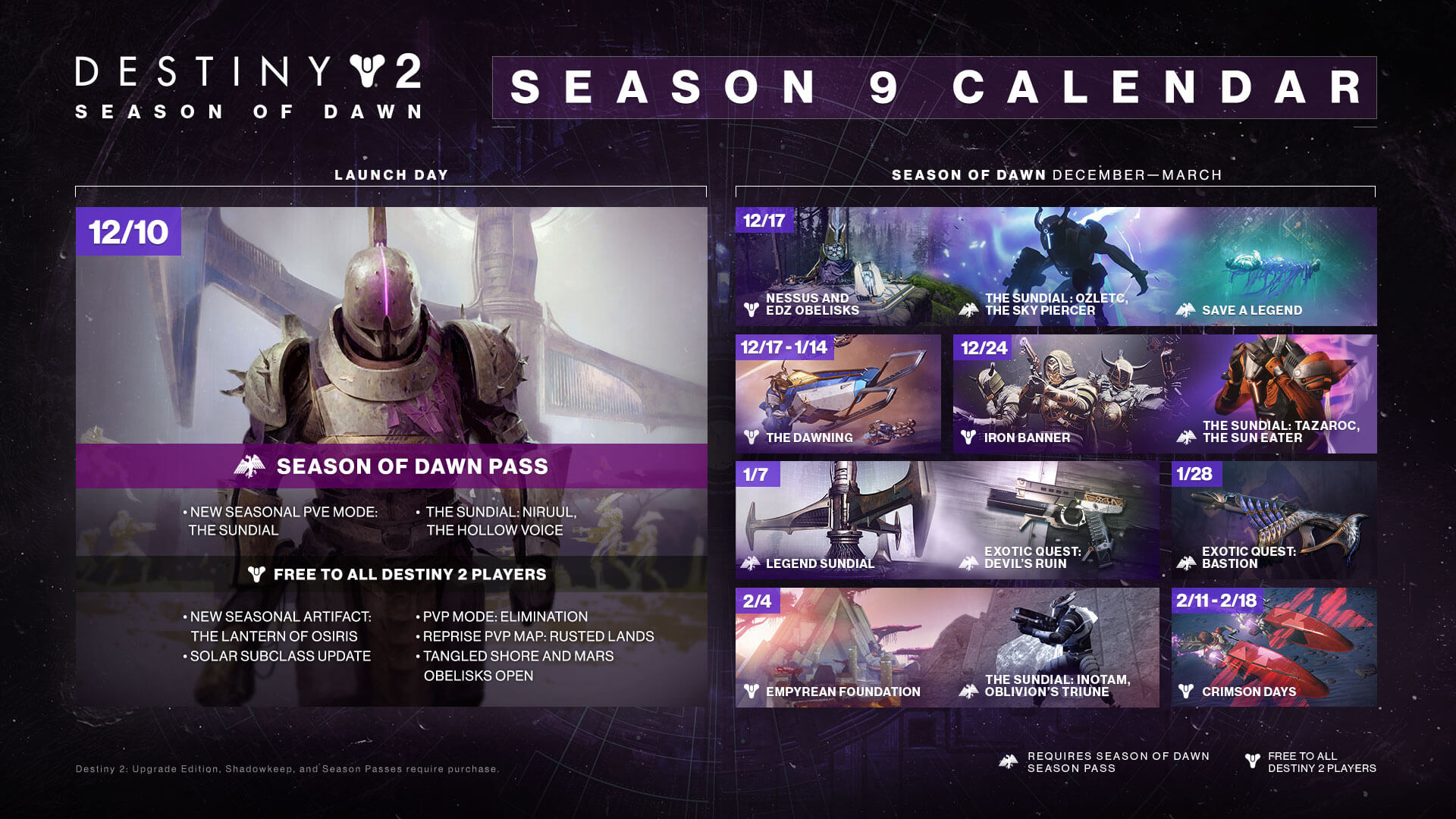