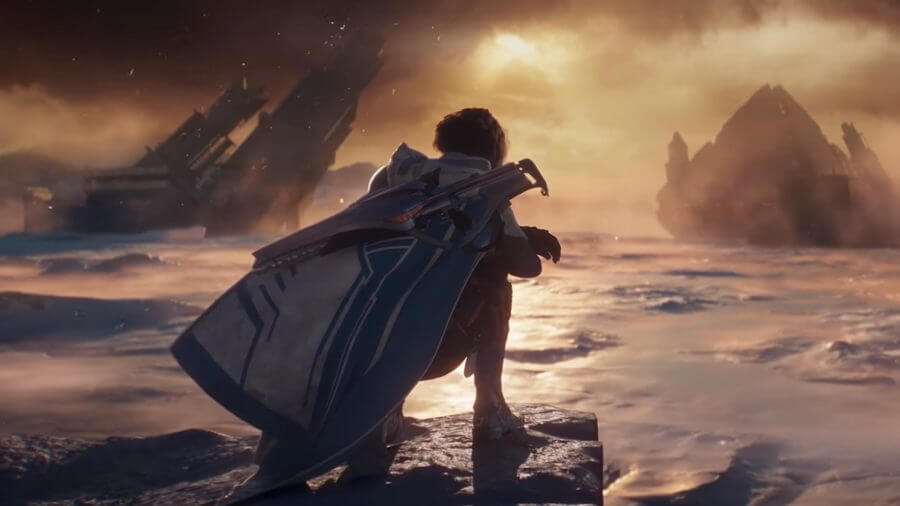 Out of nowhere this week, Bungie dropped a surprise adventure on the world of Destiny. The quest took us hunting for six fragments of a transponder, through the Farm for the first time in years, and eventually coughed up an old relic of the past, now reborn. Or should I say, perfected?

The release of Outbreak Perfected, and the Heroic Adventure "Bad Neighbors" that came with it, was a pleasant surprise for Guardians waiting patiently for new content. There's constantly calls for extra adventures, new puzzles, and old weapons from the past. Now there's a feeling in the Destiny community that Bungie wants to, and can, deliver on these desires that Guardians across the world and through the solar system are having.

"The new Outbreak Perfected-based quest is an excellent example of how Bungie is listening to the Destiny 2 community's feedback regarding the game," one pleased Guardian by the name of OMyCodd said on social media this week. "It isn't easy for them to make changes and modify aspects of the game overnight, but if we look at the overall trend of the game since vanilla launch in September of 2017, I think the game has come a really long way for the better."

The fact that Outbreak Prime's adventure and missions surrounding it had come out of nowhere was a particularly good part of the story, Guardians agreed. Because they had no idea what to expect, the bonus content was "surprising" and "special".

"The recent Outbreak Perfected quest is a prime example of this," he continued. "If we look back to last summer when the Whisper of the Worm quest hit the community by storm practically out of nowhere, we were all so excited about such a surprising piece of content bringing back a great weapon from Destiny.

"There were some concerns from the community regarding the time-gated nature and RNG required to complete this quest, however, here were are, almost a year later, getting a second one of these "out of nowhere" exotic quests that bring back another Destiny exotic for the community. Bungie has made some great changes that are obviously in response to the feedback we provided following the Whisper of the Worm quest last year."

Guardians praised Bungie for the fact the event wasn't time-gated, wasn't RNG-based when it came to being able to launch the mission, was accessible to the whole community instead of just those with max light, and allowed players to complete the catalyst nearly immediately after first getting your gloves on the Outbreak Perfected.

"I think the community as a whole needs to let Bungie know how grateful we are that they took the time to incorporate our feedback, and pump out some incredible content that was honestly much needed in light of the current content drought," the happy player added.

"Here's hoping we will continue to get these awesome exotic quests, and hopefully more frequently than once every nine months to a year. I would love to see one of these unanticipated exotic quests at least every season of content, but maybe that is too much to ask."

If you're still looking to figure out how to complete the Outbreak Perfected missions, look no further than Destiny Tracker's guide on the subject.