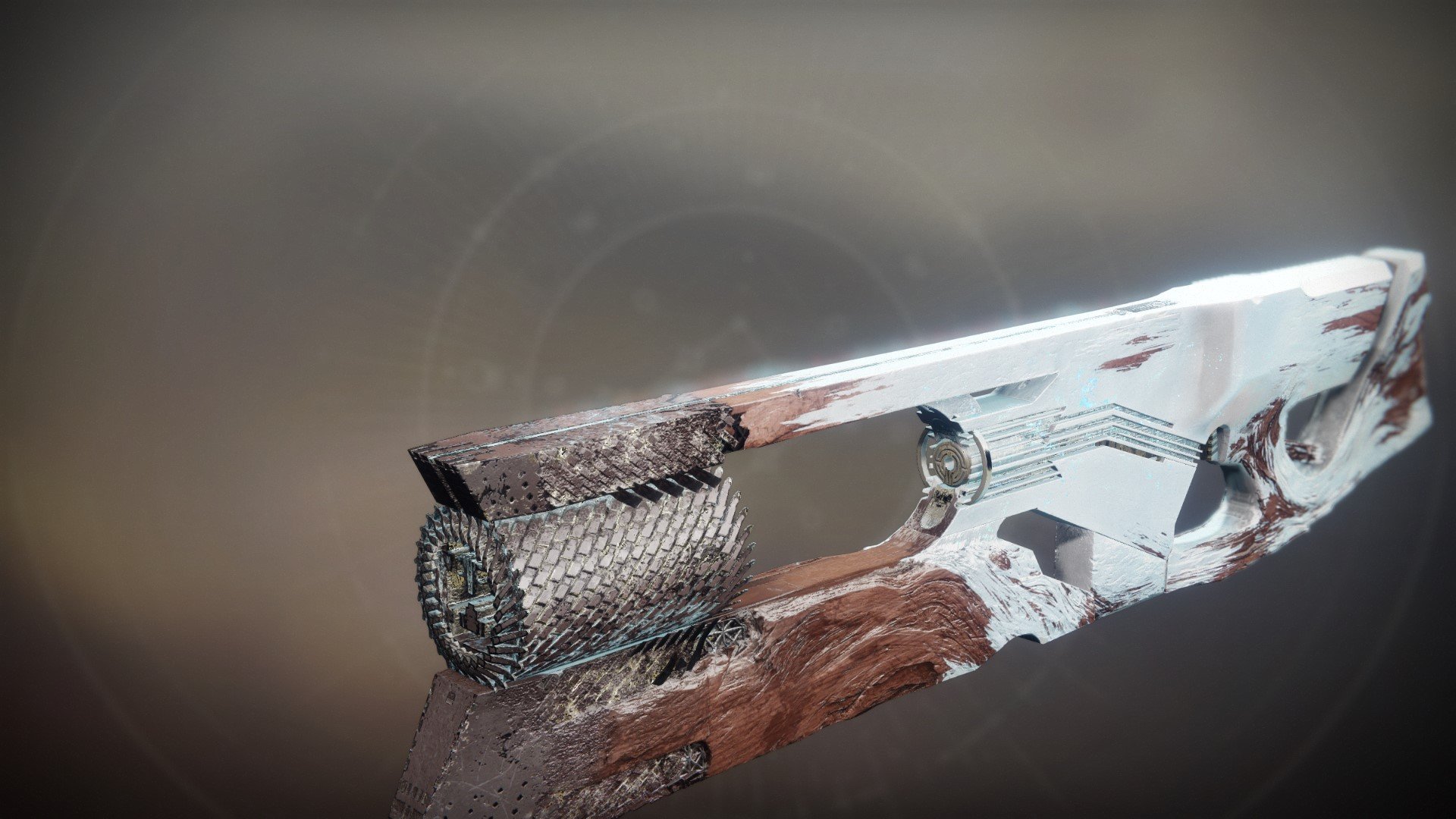 Void
From the many wings of ruin blows a wind that will reshape this dead world. Read Lore

"That's not right." Banshee-44 taps a spectral analyzer against the Effigy's frame. Commander Zavala turns, closes the lid on a small golden weapon case, and walks to Banshee's side. "What have you found?" "Well, it's not petrified wood, but it is organic." "That's troubling," Zavala says and moves to run his fingers over the weapon's frame. "I wouldn't." A shallow cold saps the heat from Zavala's fingertips; he pulls back. "This wasn't in Eris's report." His voice is thin and stark with disappointment, as if spoken through dead winter air. "Guardian doesn't seem to notice either." Banshee clinks the analyzer into a tool tray. "Leeches a bit, kicks out Void. Sig's hazy, though. Wild." Long quiet overtakes the workshop, imposed by shuttered windows and empty streets below. They stand over the weapon. Banshee stares down and nods along to the ambient static. "What were you saying?" The weapon master's voice is framed in apology. Zavala puts a hand on Banshee's shoulder, smiles, and gestures to the weapon. "Equipment that uses the wielder's Light is not unprecedented." "It doesn't use it; it eats it. Thing's got an appetite. Works almost like, uh… a converter." "Is it dangerous?" "Nah. Guardian doesn't even seem to notice. I'll get you a write-up."

Rly funny in the crucible, kill one and get the orb and then the fun goes on 😃 love it